Regenerative therapies by using autologous stem cells is the emerging hot topic in medicine. Stem cell therapies are applied not only in aesthetics and dermatology, but also in orthopedics and in cardiovascular fields.

The obstacles related to harvesting regenerative cells, usually from bone marrow and culturing these in GMP standardized facilities, is a very long process taking weeks and also very expensive. These factors hindered this field from growing widely for many years.

This changed dramatically after discovering these regenerative stem cells could be attained from fat. More precisely, adipose tissue that is derived from stromal vascular fraction (SVF) has become a reliable and effective source, containing abundant numbers of regenerative cells. Fat tissue has 500-1000 times more regenerative cells in comparison to bone marrow that is in concentration form.

Regarded as the golden standard in terms of cell count in SVF, enzymatic digestion of fat is still relatively expensive by nature due to necessities of employing expert staff, raising legal and administrative concerns, questions about altering cellular characteristics as well as being time consuming (90-120 minutes), limits its usage significantly. These factors have limited the usage of fat derived stem cells.

Autologous fat is harvested from patient without the need of general anesthesia. The fat tissue is mechanically digested using the Lipocube™ in closed sterile system with patented specific structural geometry blades coupled with a flow pattern. The digested fat tissue is further incubated by mixing it with the Lipocube™ buffer solution, enhancing separation of regenerative cells from fat tissue by molecular electrical charges. The resulting emulsion is processed in the specially designed Lipocube™ device named Cell-Drive™ within a predefined RCF spectrum, and the SVF (stromal vascular fraction) is concentrated in a patented trap with a specific cell attracting coating and geometry. The SVF is applied to the patient. 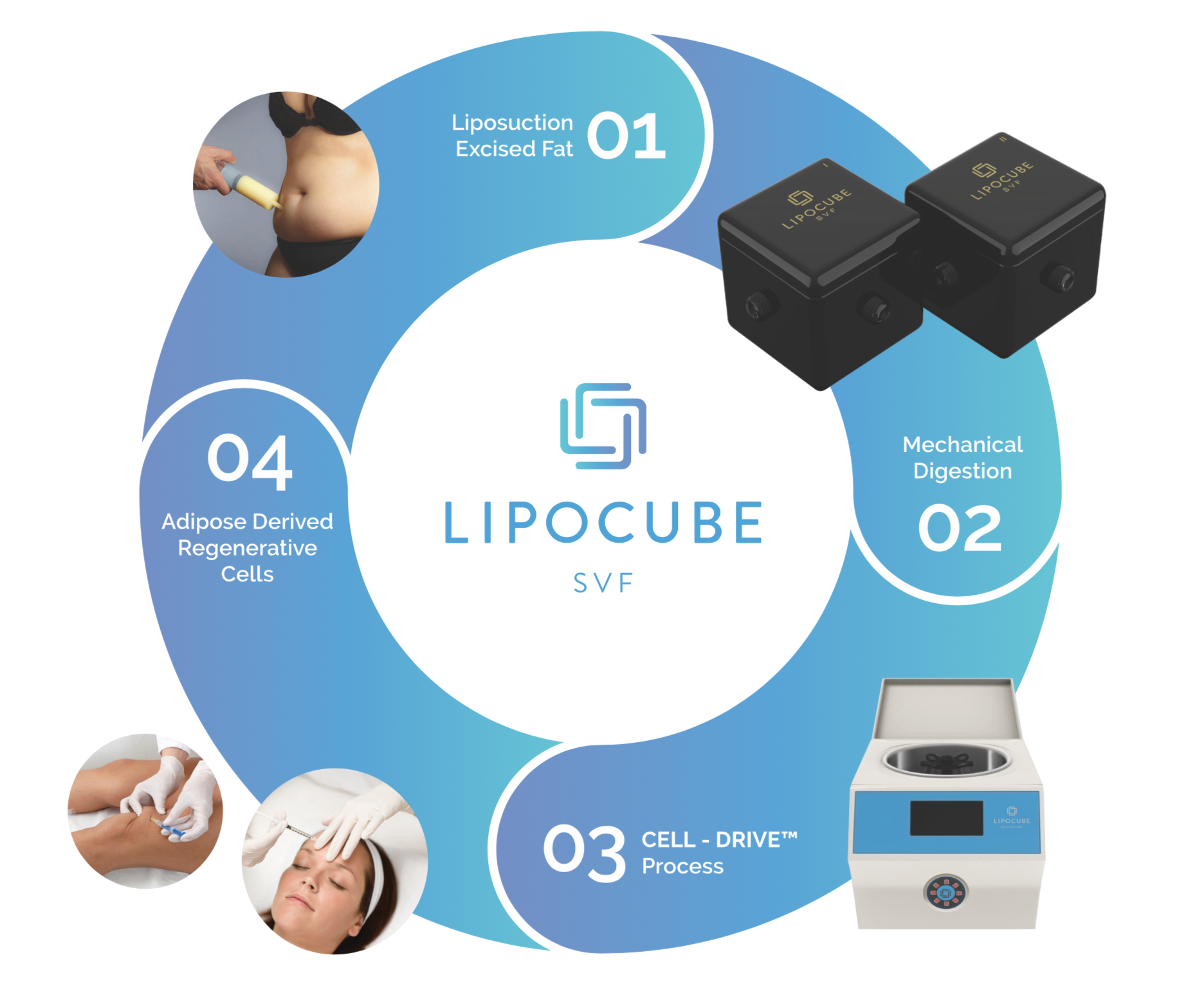 Mechanical methods for SVF isolation deliver lower cell yields per cc of lipoaspirate processed in comparison to enzymatic methods. However, the composition of the cell populations in the mechanically extracted SVF are generally similar to enzymatic digestion with only slight differences.

The Lipocube™ is a state-of-the-art mechanical digestion device for the isolation of SVF from lipoaspirate. 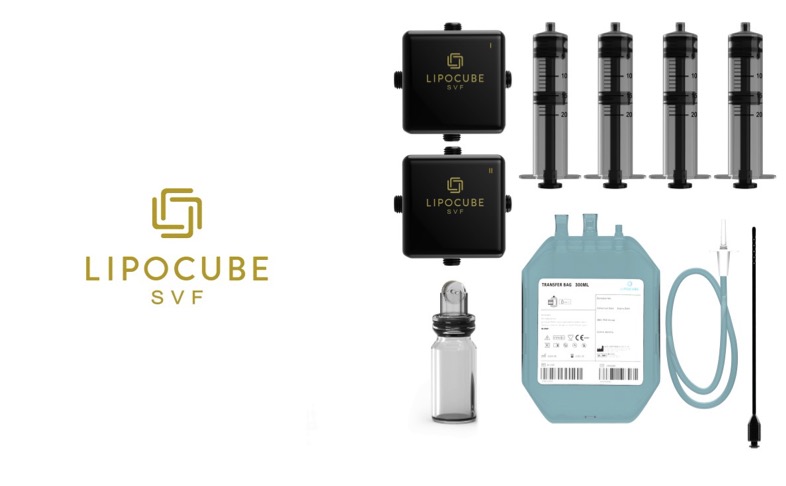 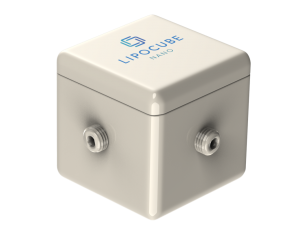